Soosun and I are just back from a few weeks in South Korea. We had a good time, with many friends and relatives to catch up with, but also some time to travel around. 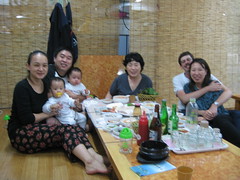 At the start of the trip, I went to the DMZ (the “demilitarised zone” at the border with North Korea). It’s not very far from Seoul, and is only open to “foreigners” (not Korean citizens). It was quite an interesting place, and not a little scary, with mine fields, tank traps, North Korea soldiers and stories of massacres (including one with an axe, over tree pruning) and previous gun battles over defectors. The high point of the DMZ tour was going to the tunnels dug by North Koreas for invasion and the JSA (joint security area) where I briefly stepped over into North Korean soil. The South Korean guards are all chosen for their size and height and stand in a modified Taekwondo stance. Most places we weren’t allowed to take pictures, but here is one of the negotiating table which is half in North and half in South Korea, some protective fencing and the North Korean size of the JSA, including a North Korean soldier. 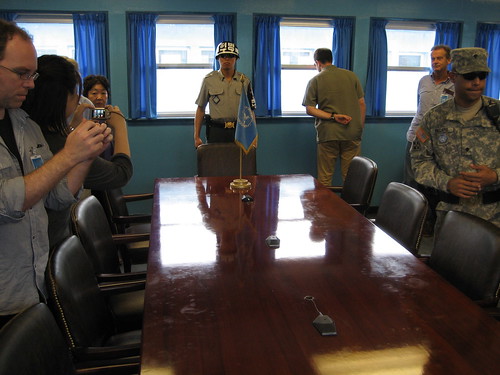 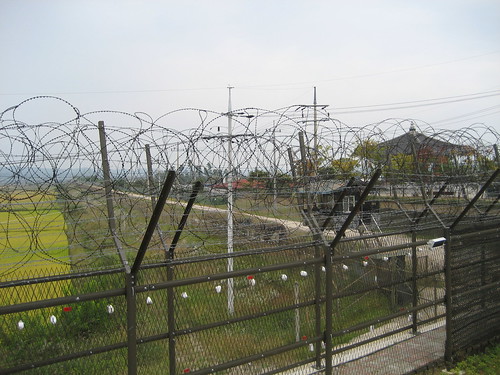 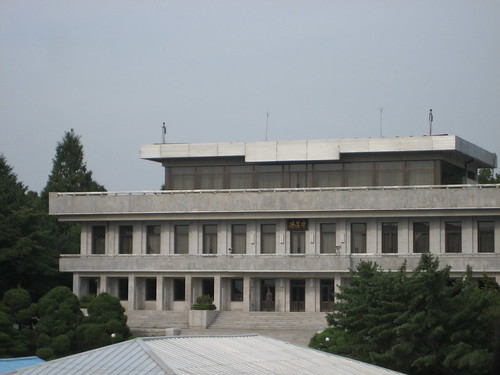 I also went to see some Dinosaur footprints at Goeje. Quite a find, with an interesting museum as well. 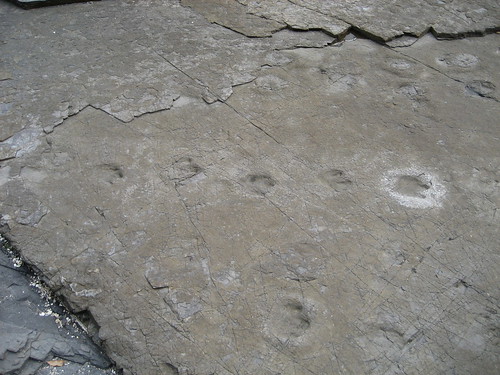 We spent a few days at the end of the trip in Jeju Island, which is Korea’s most tropical area. There are a lot of beautiful spots, activities and theme parks spread around the island (which is big enough to need a car but small enough you don’t have to drive for too long). There is a tall mountain to climb in the middle (about 20km return, 2km up), and some pleasant beaches as well. 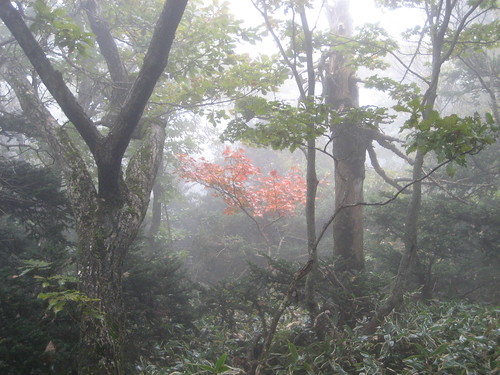 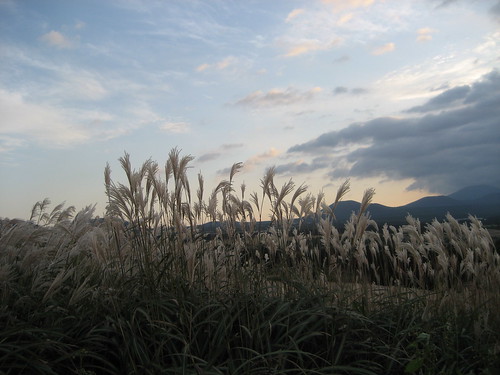 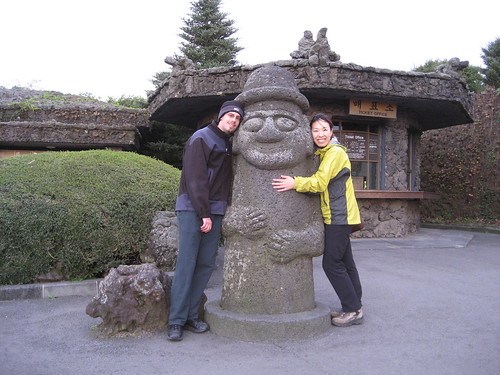