I put holiday photos on my screen saver, and these favourites just came up. I thought I’d share them with you… 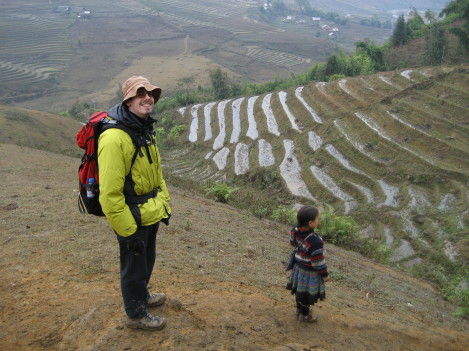 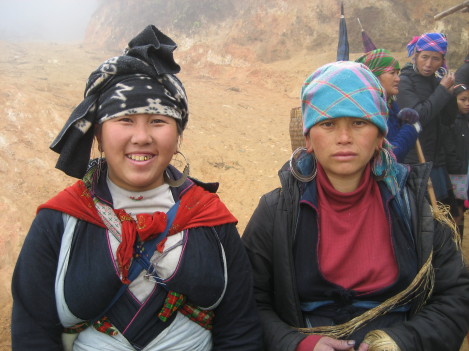 Wondering if your loan repayment calculations have been performed correctly this month, taking into account interest rate rises and extra repayments? You might be interested in giving my monthly loan calculator a go.

As my home loan provider doesn’t show balances online, and only sends statements every 6 months, I like to ring up every month or two to make sure things are on track. I used to calculate interest, new balances etc in a spreadsheet / calculator but spent an afternoon writing a little Rails app to calculate it for me. Hopefully my little monthly loan calculator is of some use to you too.

Wedding and Honeymoon Photos on Flikr

Well, being married and all, we decided to splurge and buy a Flikr account for us both. It is:

For the impatient, jump straight to:

Married! Our Wedding In Korea!

Soosun and I got married in Suseo Church, Seoul on 5 January 2008.

It was pretty exciting, with multiple costume changes, lots of food and exotic ceremonies! Soosun had heaps of family and friends, and my parents, sister and her husband and one of my grandmothers and some of my close friends were able to come to Korea for the wedding.

We got up bright and early and went to the Korean hair, make-up and dressing place before the wedding, and also had a spot of breakfast.

One we got to the church, we welcomed friends and relatives and had photos taken.

At noon, we had the wedding ceremony in the church. Soosun’s uncle is a Catholic priest, and he performed the ceremony and took our vows. It was then time for lots of photos with all possible permutations of relatives and friends.

After the religious ceremony, we changed into our hanboks. Meanwhile, the guests were enjoying the banquet. The food looked really good and we had a chance to nibble a little bit before cutting the wedding cake with a sword and making toasts.

The last part of the ceremony was traditional Korean. We dressed up in a double layer of traditional Korean hanboks and bowed away like crazy to relatives, and they gave us advice and honeymoon money in envelopes. We poured plum alcohol for close relatives out of a teapot and drank with them. We at dates stuffed with pine nuts and various other traditional foods. Our parents threw chestnuts and dates and we had to catch them in Soosun’s hand veil. We caught 10 dates and chestnuts altogether, which means we’re meant to have 10 children!

After the wedding, the younger crowd headed out to Beer Plus for an after party…

The whole wedding ceremony was recorded, and we’re going to edit together a short highlights movie. Stay tuned…

Over the last 6 months, my old Treo 600 touch screen was dying. Cleaning and re-seating helped for a while, but eventually, the touch screen stopped working. As the Treo 680 barely improves on the Treo 650, and costs a lot more, I bought a new-ish Treo 650 on eBay. All went well until I tried to send SMSes using my Optus SIM. No luck – I got an error 4027 every time I tried to send a SMS, although voice and GPRS worked fine.

First attempt at a solution was to set the Message Centre Number in the phone. Strangely, the Message Centre number (configured though the SMS app) was always empty, and when I tried to set it to the correct number for Optus, the value wouldn’t stick past a phone reset.

Thanks to Google, I found the outline of a solution on a message board.

In summary, the Treo 650 (unlike the Treo 600) is not compatible with Optus’s standard post-paid/plan SIMs used in Australia. However, it is compatible with the Optus pre-paid SIMs. If you have a Treo 650, and a post-paid/plan SIM, you can buy yourself a new pre-paid SIM for $4 from your local Optus store, then ring the Optus call centre to have them do a “SIM replacement” to move your account and number to the new SIM. This solves the problem within minutes of the “SIM replacement”.

Recently, I’ve been catching up on my reading. Haruki Murakami is one of my all time favourite authors. His novels are always interesting, and the writing style is generally gorgeous, although it does vary a little between different books. I’m not sure if this is Haruki Murakami changing his style in the original Japanese, or simply results from different translators.

Something I’ve been noticing lately is that in all of the Murakami novels I can recall, the protagonist always has a lot of time. This is so different to most other novels which try to rush from one exciting event to the next. Perhaps this is part of the reason why I really like Murakami’s writing so much. Anyway, here’s some memorable quotes from Murakami novels that I’ve read recently:

From Kafka on the Shore:
“Perhaps most people in the world aren’t trying to be free, Kafka. They just think they are. It’s all an illusion. If they really were set free, most people would be in a real pickle. You’d better remember that. People actually prefer not being free.”

“Pointless thinking is worse than no thinking at all”.

From Hard-Boiled Wonderland and the End of the World:
“Huge organisations and me don’t get along. They’re too inflexible, waste too much time, have too many stupid people.”

“It’s frightening,” she said. “Most of my salary disappears into my stomach.”

From The Wind Up Bird Chronicles: (language warning on this one)
Show quote, although it contains 4-letter words.

“Somewhere, far, far away, there’s a shitty island. An island without a name. An island not worth giving a name. A shitty island with a shitty shape. On this shitty island grow palm trees that also have shitty shapes. And the palm trees produce coconuts that give off a shitty smell. Shitty monkeys live in the trees, and they love to eat these shitty-smelling coconuts, after which they shit the world’s foulest shit. The shit falls on the ground and builds up shitty mounds, making the shitty palm trees that grow on them even shittier. It’s an endless cycle.”

WebJam is usually quite fun. The premise is that a large group of people meet in a pub, have a few drinks (often sponsored by some generous company) and see quite a number of presenters who have 3 minutes each to show off cool, web-related stuff they’ve done recently. The next one is this Saturday. Details as follows:

I’m planning to go, and also to give a 3 minute presentation on my new free wedding registry site.

Hope to see you there!

After being inspired by the Rails screencast long ago, I thought it would be fun to make a screencast for my free wedding registry site. It takes a bit of work.

I checked out a few different screencast recording packages and ended up going with CamStudio. It is a fairly basic product but free and good enough for my needs. It lets you choose a window to record and also lets you include an audio track. I think the easiest way to use it is by recording to AVI (very quick) and then converting to Flash SWF (slow), when you are happy with the movie. In terms of SWF settings, I found the best combination was 16 bit colour, Playback rate and Keyframe rate at 20 frames / second. It is also a good idea to set the ‘Percent of movie to preload’ to something like 15%, to get things rolling quickly for your viewers.

I’m reasonably happy with the resulting wedding registry screencast, although there is certainly room for improvement. CamStudio unfortunately doesn’t let you set the look and feel of the playback controls, so they feel a bit out of place. When I get time, I might also split the screencast into two – one from the bridal couple’s perspective, and one from a guest’s perspective.

When my sister was getting married, she had a lot of trouble finding a good free wedding registry that was not tied to any particular shop. I developed the wedding registry site to fill this gap, and also to improve my web programming skills. I’ve tried to design Your Wedding Presents to be really quick to sign up and easy to use. Please tell me if there are any problems with the site, or ways the site could be made better.

On the technical side, I developed Your Wedding Presents using Ruby on Rails. It is running on an Apache load-balanced Mongrel cluster and data is stored in MySQL. It is hosted on Rails Playground.

It is BarCamp in Sydney this Saturday. I haven’t been to one of these unconference style events before, but I’ve heard good things about it from my colleagues. I’m quite excited to go along and see what it is like.

If you’re in Sydney and interested in stopping by, details are as follows:

When: Sat 25th August 2007 from about 9am
Where: University of Technology, Sydney (Jones St entrance)
More details…

One of the novel aspects of BarCamp is that all participants are encouraged to present or start a discussion around something that interests them. For my part, depending on what people are interested in, I was thinking of one of the following:

By the way, the conference is free, and it is not too late to sign up 🙂
Hope to see you there!